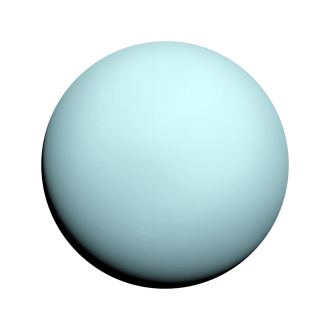 Uranus is the seventh planet from the Sun. While being visible to the naked eye, it was not recognised as a planet due to its dimness and slow orbit. Uranus became the first planet discovered with the use of a telescope. Uranus is tipped over on its side with an axial tilt of 98 degrees. It is often described as “rolling around the Sun on its side.”

Astrology itself is presented by Uranus. Observed as a planet of liberation, rebellion, communism and anarchy, it finds its strong basis in Saturn’s rule, just like the sign of Aquarius strongly relies on the basis set in Capricorn. Without pressure, there is no breakage, no freedom without structure, and no liberation without responsibility. To understand Uranus in astrological interpretations, we have to understand that it rules the sign traditionally ruled by Saturn and see that even the mythological story puts these two entities in an archetypal rebellion of the son against the father, further more defined by the opposition Uranus presents, with its main opponent in the zodiac being the Sun, the ruler of Leo.